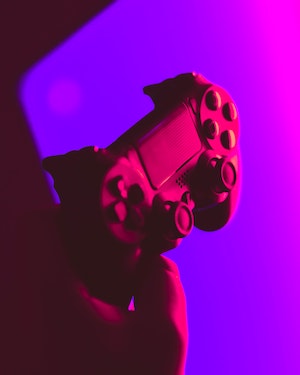 Steve was born in Indianapolis, IN on May 17, 1974 to Paula (Bryan) Snyder.  He was a sociable guy who loved to talk, no one was ever a stranger.  He enjoyed wandering around and taking in the present.  He was brave.  He has a knack for basketball and started playing at a young age.  He enjoyed swimming and was a great artist, he could draw anything.

Steven was baptized and accepted Christ in his life at a young age. In the year of January of 2000 he wanted to go back to School further his education and college a video game programming and one day run his owned Arcade Business. His favorite pastime was playing video games, especially Mortal Kombat.

Steve is survived by his wife, Zarlina Manning; his step-daughter Karnisha; his mother Paula Snyder; his brother Scott Manning; his sister Stephanie Manning; and his nephews Collin and Caleb.

Steve is preceded in passing by his stepfather Rocky Snyder.

Funeral Services for Steve will be 5 PM, Tuesday, August 24, 2021 at Fountain Square Cremation & Funeral Services. Visitation will be from 2 PM until the hour of service.

To send flowers to the family or plant a tree in memory of Steven Lee Manning, please visit our floral store.