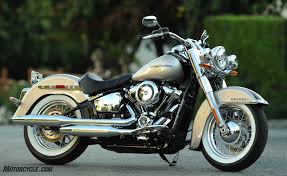 Martin "Marty" Harold Griffin, 47, of Indianapolis, was tragically taken before his time on October 14, 2021.

Marty was born in Indianapolis, IN to Sandy (Bozarth) Griffin on October 17, 1973. The first words that anyone could come up with to describe Marty would be "wild child" and "adrenaline junkie".  Marty was all about fast cars and fast motorcycles, whether it was driving fast or doing tricks, he had no fear.  Never one to sit still, he was always on the go.  He worked in asphalt and had a really strong work ethic until his health forced him to stop.  But he didn't let his stroke slow him down (unless it was something he didn't want to do!).  He always kept moving and doing his own thing, too stubborn to accept the circumstances of his stroke.  Always one to keep things interesting, he had over 12 facebook accounts, how many no one is sure, but his kids drew the line at 12.  The man was like a cat, but with more lives.  He was a strong fighter and kept going after so many things that would have broken or killed lesser people, but Marty was tough and kept on going.

Marty loved deeply, and when he fully cared about someone he loved them for life.  He was great with kids and adored being a grandpa.  None of his grandkids were allowed to be in trouble when he was around, and he would turn the tables on the parents if they tried.  Marty loved his kids as best as he knew how, and even though he had his own demons to fight, he always tried his best.  He was best friends with his son.  His signature colors were red and black, and he treated his Nike's like they were gold.  Marty had a good heart and he did believe.  He was baptized and even though he was taken far too young, he is now reunited with his mother, whom he was very close to.  Marty finally has his peace.

Marty is survived by his children Jessica, Martin, and Deena; his grandchildren Jesse Paul, Nicoli, Kendall, Tinslee, Layla, Harley, Baylee, and one on the way; his siblings Crystal, John, Deena, and Nick; his nieces and nephews Stephanie, Luis Jr, Johnna, Delaila, Braden, John Jr, Justin Jr, Brandyce; the mother of his children Crystal; and many friends.

Marty is preceded in passing by his mother Sandy Griffin.

Services for Marty will be 5 PM, Saturday, October 23, 2021 at Fountain Square Cremation & Funeral Services. Visitation will be from 3 PM until the hour of service.

To send flowers to the family or plant a tree in memory of Martin "Marty" Harold Griffin, please visit our floral store.