Share a memory
Obituary & Services
Tribute Wall
Donations
Read more about the life story of John and share your memory.

John was born in Indianapolis, IN on March 17, 1957 to Richard Lee and Dolores (Hinkle) Allen.  After he served in the Navy, he had many jobs over the years, from Mason to High Rise Window Cleaner to Tree Climber to what he considered the most important one, being a Papaw. John was a character, he was one of a kind.  He was a tattoo enthusiast that enjoyed one upping his siblings on their ink.  John could be impulsive, he lived by his own rules, and did what he wanted when he wanted. He was a talker, he both could talk off your ear while also asking every question under the sun.  John had a thirst for knowledge that lead him to being the "smartest dumb person" you ever knew.  He had a 4.0 GPA and made the Dean's List when he went back to college.  He was a hard worker, and took pride in his jobs.  His goal was to wash the windows of every tall building downtown, and almost made it save for the Murat.

John was tough, he had nine lives and everyone thought he was too stubborn to die.  He kept going through injuries that would have killed, and have killed, other people.  Through trees falling on him, chainsaw accidents, and his tendency to leap before looking, he survived them all.  John had a good heart, and he loved fiercely.  He had a soft spot for animals and took care of many over the years, including countless baby raccoons he came across during tree trimming.  He would do anything for family.  He loved his girls, but his grandchildren were his whole world.  He always made time for them, and made sure he showed up for them as well.  John was teaching his grandsons all the skills he could, about tools and mechanics, he wanted the best for them, and for them to be capable adults.  He will be greatly missed.

John is preceded in passing by his parents Richard and Dolores Allen; and his siblings Teresa "Terri", Mary Louise, and Dennis Lee.

Services for John will be Thursday, September 8, 2022 at Fountain Square Cremation & Funeral Services. Visitation will be from 3 PM until the hour of service.

To send flowers to the family or plant a tree in memory of John Joe Allen, please visit our floral store. 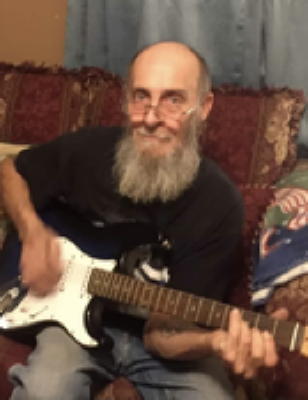