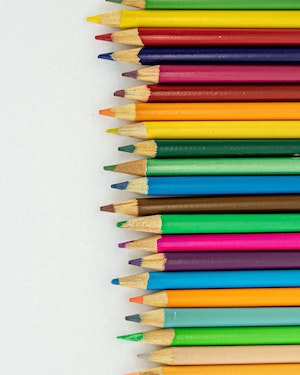 April was born in Indianapolis, IN on April 1, 1977, to Karen Yvonne (Pollard) Hiles.  April sparkled, she had a bubbly, fun personality.  She was always making jokes and it was okay if you didn't find her funny, because she found herself funny enough for you both, until her humor infected you and you laughed along with her.  She was loving and caring and always worried about her kids and if they were okay.  She was the eldest of her siblings, and it showed in her stubborn nature and the way she bossed people around.  Her family was very important and she had a soft spot for her brother Clayton, whom she was close with.  April was glam and liked to get dolled up.  She was the best hype person you could ask for, not only for hyping herself, but she hyped up those she cared about too.  She always wanted to share her joy with others.  She was 10 lbs of personality in a 5 lb package, small but mighty.  She carried herself as if she was 10 feet tall with 500 lbs of muscle.  Which made it all the more hilarious when she rolled up listening to her music on blast and then a tiny little woman hopped out of the car.

April loved coloring and other crafts and her favorite music was hiphop and rap. She always wanted to be on the go and out doing things.  While she may have had her demons, she always tried her best and she loved those around her fiercely, there was no one you would rather have on your side than April.  She went to bat for those she cared about.

April is survived by her daughters Samantha (Jacob Britton) Freije and Tirzah Freije; her grandson Ashton; her brother and sister-in-law Clayton and Shay McDermitt; her nephews Clayton Jr, Zachary, and Isaiah; her niece Vivica; her boyfriend Bob; her father Mark McDermitt; her Uncle Mike; and her Cousin Nick.

April is preceded in passing by her mother Karen Hiles; her brother Clinton whom passed as an infant; and her son-in-law Dale Allen Smith III.

Services for April will be 4 PM, Friday, October 1, 2021, at Fountain Square Cremation & Funeral Services. Visitation will be from 2 PM until the hour of service.

To send flowers to the family or plant a tree in memory of April Renee Pollard, please visit our floral store.