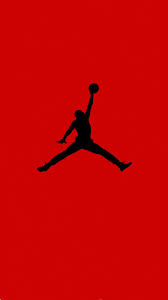 Jody was born in Monroe County on August 2, 1974 to James Richard and Nancy (Hagan) Gearlds. Jody always liked to be working, he had a work ethic like you wouldn't believe and was the CEO of Jack Of All Trades.  His favorite was always working on and tinkering with cars. He was very handy, and used this skill to help anyone, he did not care who it was.  He was very generous and caring that way.  Jody was a great person, he loved his family and he adored his kids.  One of his favorite things to do was take selfies and Snapchat with his girls.  He was funny and fun to be around.  He always had a strong faith and was a deep believer in God.

Jody is preceded in passing by his father James Richard Gearlds; his grandparents Naomi and Denton Hagan and Frank and Daisy Gearlds; his aunts Cheryl (Melvin) and Mary Gearlds; and his uncles Michael Hagan, Jim Aaron, Thomas Gearlds, and Lewis Gearlds.

Funeral Services for Jody will be 6 PM, Tuesday, October 22, 2019 at Fountain Square Cremation & Funeral Services.  Visitation will be from 3 PM until the hour of service.